If you are thinking about filing for divorce in Indiana, it is important to know a little bit about how the process works.  This post gives a little direction as to what you should expect if you are going to file for divorce.

Grounds. Indiana has adopted the concept of “no-fault” divorce, making it unnecessary to prove cruelty, adultery, etc. in order to obtain a divorce. The usual ground is to allege, in a written petition to the court, that the marriage has suffered an irretrievable breakdown without reasonable expectations of reconciliation. A spouse’s character is usually irrelevant to the issues before the court. I often suggest to clients to think of the divorce as a break-up of a business partnership.

Residence Requirements. At the time a divorce petition is filed, you must have resided in Indiana for 6 months and in the county where the petition is filed for 90 days. There are limited exceptions which may apply if you do not qualify under this general rule.

Actual Separation. There is no legal requirement for actual, physical separation of the parties before or after filing the petition. The date of filing is normally considered the date of separation. It is difficult to evict a spouse without a hearing. If there is an emergency, it may be wise for you to just leave. Do not leave the children behind unless you are prepared to concede custody to your spouse.

Who Should File. There is no legal significance as to whether the husband or wife files the petition, although in a contested case there may be a tactical advantage for the Petitioner. Pride is another matter. It is sometimes better to just talk it over with your spouse and avoid a race to the court house and further hurt feelings over this technicality.

Starting the Procedure. The first step is the preparation and filing of a Petition for Dissolution of Marriage. The petition states you and your spouse’s names and the names, ages and dates of birth of all children born or adopted by the 2 of you; when you were married and when you separated; and your residence. It states that your marriage is “irretrievably broken” and asks the court to dissolve the marriage. If relevant, the petition may also ask the court to provide support, visitation, property division, attorney’s fees and court costs. If your spouse has already filed for divorce, be sure to provide me with a copy of your spouse’s petition if you have it.

Service on your Spouse of Legal Process. After the initial consultation, I typically advise your spouse that you have consulted with me and that a petition for dissolution of marriage will be filed, and invite your spouse to retain counsel and communicate with me. When the petition is filed, your spouse may be served with the petition and other paperwork from the court either by certified mail from the court clerk or by personal service by the sheriff. In some cases, particularly non-contested cases, you may wish to expedite matters and avoid the unpleasantness of sheriff’s service by either personally delivering the paperwork to your spouse or by having me invite your spouse to pick up the paperwork at my office.

Waiting Period. No divorce can be granted in Indiana until at least 60 days have passed following the date of filing the petition. This is a minimum time period. My experience indicates a normal interval of about 90 days for divorces in which the parties have already discussed and agreed to the terms of a settlement, and up to 12 months for contested divorces with significant assets and/or custody disputes. During the waiting period, I will be trying to help you work out the details of custody, visitation, child support, and property settlement. Indiana law permits a waiver of the final hearing of your divorce petition. This means that a divorce in which all issues are settled may be submitted to the court for approval without either party appearing in court.

Temporary Relief. If your spouse is being physically abusive to you or to the children, refuses to provide reasonable support, to give you information concerning property, or refuses to permit you reasonable time alone with the children (called “parenting time”), you may request the court to give you temporary relief while the case is pending. The type of relief involved can include payment of preliminary child support, preliminary maintenance and attorney fees, payment of on-going debts, and temporary possession of the marital residence and/or other property. The court will hold a hearing at your request, called a “provisional” or “preliminary” hearing, and this hearing usually occurs about 3 weeks after the filing of the petition. Although it is sometimes necessary to have the actual hearing before the court to determine issues raised by the motion for temporary relief, I will attempt to settle the matters requiring a court hearing by mutual agreement with your spouse’s attorney, and submit an agreement to the court for its approval. Usually a provisional hearing lasts fifteen to thirty minutes and only the parties themselves attend. However, if the parties are not in agreement about temporary custody, or if there are other complex issues which must be decided by the court, special arrangements can be made with the court for scheduling a longer hearing at a time convenient for the court and the parties.

Emergency Relief. It is impossible to obtain immediate financial support from a spouse or an immediate temporary custody order from the divorce court. In an appropriate case, one party can be put under a court order to keep him from attacking or threatening the other party or removing the children from the residence or from the state. A process may be followed that involves a request for an “Emergency Protective Order,” in which a court other than the divorce court is asked to issue an order directing a party to stay away from the residence or place of employment of another party. If an emergency protective order is given, the police will enforce it. Meanwhile, the court schedules a hearing to determine if the order should be made permanent. If a petition for dissolution of marriage is filed before the hearing on the permanent protective order, the protective order case is consolidated into the divorce case and the hearing on the protective order takes place in the divorce court.

Separation Agreement (Property Settlement). Often the matters involved in a divorce can be disposed of if they are settled between the parties and not contested in court. The matters that are agreed upon can be presented to the court in an agreement signed by both parties, called a marital settlement agreement. The agreement can deal with property division, custody, child support and parenting time, insurance, and many other topics. If the court accepts the agreement, the court will adopt it as part of the final divorce decree and give the agreement the strength of an enforceable court judgment. All of this may be accomplished by merely presenting paperwork to the court; in other words, without the need to come to court.

Trial. Most divorce cases do not result in a trial; however, if a trial in necessary, it is always a “court trial,” meaning a trial before a judge alone and not before a jury. The rules of evidence govern the presentation and admission of evidence during a trial. Judges are busy because of the size of their dockets; i.e., the number of litigants versus the number of judges and judicial officers available to hear cases. The time involved to prepare for a smooth and efficient trial, and the risk of an adverse decision, is such that it has become a significant financial undertaking to go to trial. Particularly when there are children involved, going to trial can also have serious consequences to the ability of the parties to continue to cooperate in raising the children.

Appeal. While only a minority of cases reach the trial stage, an even smaller number of cases are appealed. One important reason is that Indiana trial courts have broad discretion in their decision-making powers involving family law issues. Thus, most appeals are not successful. More often than not, the judge’s exercise of discretion is within reason, the judge’s interpretation of the law is the correct one, or the error is not significant enough to justify a reversal. If an appeal is advisable, I will consult with you and assist in locating and working with an appellate law expert.

If you are thinking about a divorce or have a custody, support or other family law issue, contact Adam S. Lutzke Law Offices at (317) 577-3888, or at [email protected]. 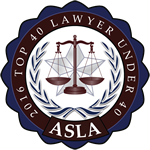 Send Us A Message

Adam was extremely helpful in his preparation of our last wills and testaments. The communication from his office was timely. He was patient and explained the process and answered our questions thoughtfully. The fee was fair. He was very thorough in his review of documents, accurate, and helpful. I certainly recommend his services to others.